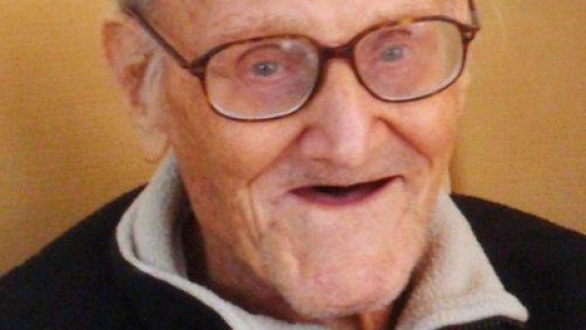 Harold Jellicoe Percival died in a nursing home last month at age 99. Funeral directors feared his service would be empty, so put out an appeal, and

Hundreds of strangers refused to let a WWII veteran leave the world alone.

Harold Jellicoe Percival died in a nursing home last month at age 99. (Via The Independent)

But he never married and had no children. Funeral directors feared his service would be empty. So, they placed an ad in a local newspaper.

The story spread on social media, and Monday, uniformed veterans, serving members of the armed forces and more showed up in droves. (Via ITV)

He was cremated Monday morning — Rememberance Day in England, Veterans Day in the U.S. The BBC reports as many as 500 attendees. (Via YouTube / nicholas garnett)

"I was at home. I'm on leave, currently, from Afghanistan. And as today's Rememberance Day, and out of utmost respect for the veterans ... I thought I had to come. It's one of my duties to come." (Via BBC)

Percival served with the Royal Air Force's 617 Squadron, which destroyed dams in Nazi Germany. He was described by those at his nursing home as a "lovely" person.