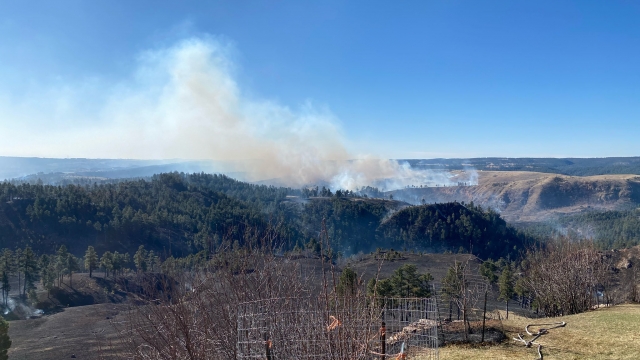 Winds of up to 75 miles per hour were reported in some areas.

Hundreds of people are being forced from their homes in South Dakota as crews struggle to put out three large wildfires.

Mount Rushmore also had to be shut down.

Winds of up to 75 miles per hour were reported in some areas making it nearly impossible for fire crews to fight the blazes.

There are reports one fire began on private property but the cause is still under investigation.