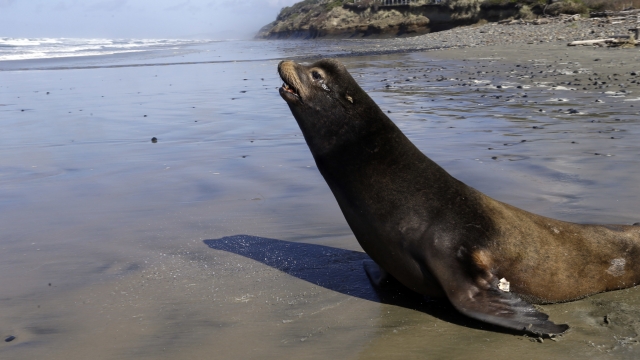 NOAA Fisheries approved a plan to kill sea lions to protect fish populations along the Columbia River in the Pacific Northwest.

The federal government is allowing for hundreds of sea lions to be killed in parts of the Columbia River straddling Oregon and Washington state over the next five years. The startling decision is an effort to save salmon and steelhead from extinction.

The plan by the NOAA Fisheries allows state wildlife managers to kill up to 716 California and Steller sea lions in a stretch of the Columbia River where the marine mammals are devouring fish populations.

The actual number of sea lions killed will probably be less. According to the application, 144 to 286 California sea lions and 105 to 130 Steller sea lions are expected to be killed in the five-year window.

Under the NOAA Fisheries plan approved Friday, firearms will be prohibited and hunters will use a combination of trapping and tranquilizing drugs.

NOAA Fisheries marine biologist Robert Anderson said although this won't completely solve the problem of fish populations being decimated, it will help.

"When you can get tens of thousands of more fish potentially getting back to the spawning ground that otherwise you wouldn't have gotten that seems pretty, pretty substantial," Anderson said.

Most members on a NOAA Fisheries task force voted for the plan. But Sharon Young, a senior strategist for Marine wildlife at the Humane Society of the United States, voted "no," saying killing the sea lions won't solve the problem and more needs to be done.

"If you don't address the real problems facing the prey, killing predators isn't going to fix anything," Young said. "It'll make it feel like you're doing something, but you're really just wasting lives for nothing."

Fishing is important to the Columbia River Basin with nearly $17 billion spent on fish and wildlife programs since 1981. Earlier efforts to scare away the sea lions included using fire crackers, rubber bullets, screaming rockets and buckshot.

"A lot of good things still need to happen and as difficult as it is, this removal program is part of the equation to trying to recover salmon," Anderson said.

Monitoring data will help determine if the program helps restore the fish population and the sea lion reduction effort will be reassessed in three years.