Hundreds Of Yahoo Jobs Could Be On The Chopping Block 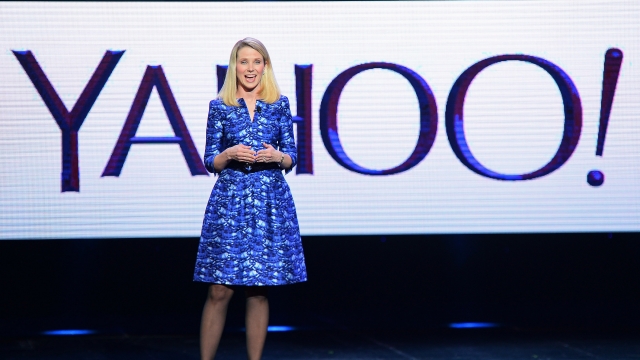 Yahoo CEO Marissa Mayer is expected to lay off hundreds of employees after announcing the company's fourth-quarter earnings.

Yahoo is handing out the pink slips again. CEO Marissa Mayer is expected to announce major changes to its workforce. And by major changes, we mean 15 percent of the workforce could be let go and several business units could shut down.

The Wall Street Journal reports the layoffs are expected to come as part of a cost-cutting plan to be announced Tuesday in conjunction with the release of Yahoo's fourth-quarter earnings report.

It's bad news for the roughly 1,600 employees who may have to find new jobs, but it's potentially good news for Yahoo as a whole.

The company has struggled to compete with other Internet giants like Google and Facebook in recent years. Because of that, many experts think the only way for the company to survive is to be sold. And by scaling back costs, Yahoo could be more affordable for potential buyers.

The scaleback doesn't come as a total surprise. Back in October, after Yahoo's disappointing third-quarter earnings were released, Mayer told investors she planned to narrow the company's focus. (Video via Bloomberg)

And job cuts are nothing new since she took over the reins at Yahoo in 2012. According to The Wall Street Journal, Mayer cut 1,800 jobs mostly in international offices within the first nine months of 2014 and has reduced the total workforce by more than 3,000 employees.