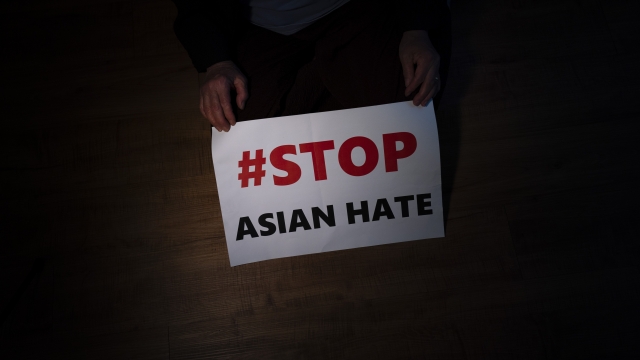 Demonstrators marched from the town hall in Flushing, Queens to a bakery where they say an Asian woman was attacked earlier this year.

Hundreds gathered in New York for a rally to stop Asian hate.

Demonstrators marched from the town hall in Flushing, Queens to a bakery where they say an Asian woman was attacked earlier this year.

Leaders and lawmakers including Senate Majority Leader Chuck Schumer and New York City Mayor Bill de Blasio called for an end to hate against those in the Asian community.

State Sen. John Liu said, "We are Americans. We are New Yorkers. And we must have the same equal protection under the law and equal treatment by government."

Rev. Al Sharpton also took the stage and said, "We can't fight hate against one without fighting hate against all."

Targeted crimes against Asian Americans have spiked over the past year.