Hungary Just Took Steps To Crack Down On Illegal Immigration 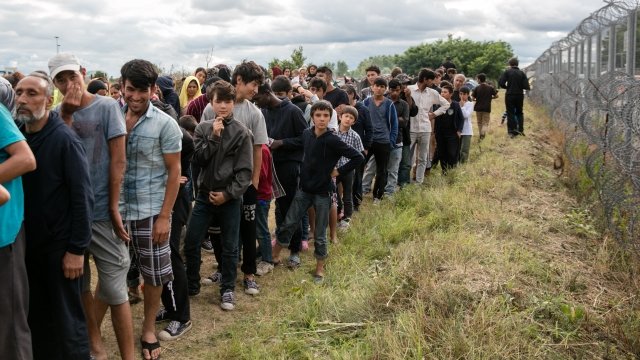 The country just criminalized efforts to help refugees and asylum-seekers.

Hungary's right-wing government is cracking down on undocumented immigrants trying to enter the country and those who help them.

The country's parliament passed a law banning individuals or groups from "facilitating illegal immigration." That means anyone helping refugees seek asylum or campaigning for asylum-seekers could face jail time.

The bill is called the "STOP Soros" law, after Hungarian-American billionaire George Soros. Prime Minister Viktor Orban strengthened his party's hold on parliament to a two-thirds majority by running a strong anti-immigrant campaign and demonizing Soros. The billionaire runs a foundation that has advocated for refugees, though the group recently left Hungary amid the "increasingly repressive political and legal environment."

Parliament also passed a constitutional amendment that bans any "alien population" from settling in Hungary. That's seen as a direct response to the European Union's attempt to settle a set number of immigrants in each member state.