Hunter Baits Might Be A Good Chunk Of Bears' Diets 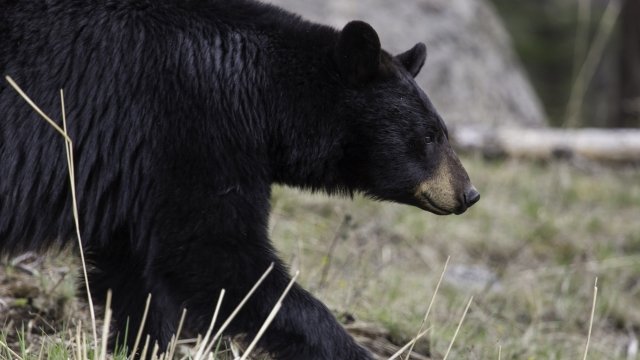 Junk food is a go-to bait to attract bears; it's used so much that the animals are now integrating the high-calorie snacks as a dietary mainstay.

Junk food, like donuts and pizza, is used as bait for bear hunting. It's estimated Maine dumps almost 7 million pounds of it into the woods each year to attract bears.

And the bears have taken a liking to these treats. In northern Wisconsin, black bears rely on hunter bait for over 40 percent of their diet.

Because bears have sensitive noses, they're particularly attracted to pungent food. Hunters will put those foods in and around traps. When the bears show up to eat, they're shot.

The practice is controversial. In Maine, which has the most black bears in the lower 48 states, hunters argue the practice helps control populations.

Climate Change Is Melting Away Polar Bears' Chance Of Survival

Researchers predict nearly a third of the global polar bear population could die out in as little as the next 35 years.

But opponents say it just attracts more bears. Since the beginning of the decade, populations in the state rose from 30,000 to 36,000. And last year, complaints of nuisance bears were the second highest in Maine since 2007.

Maine almost prohibited baiting in 2014, but when it went to a public vote, residents decided not to. It's only 1 of 12 states to allow baiting before the hunting season.