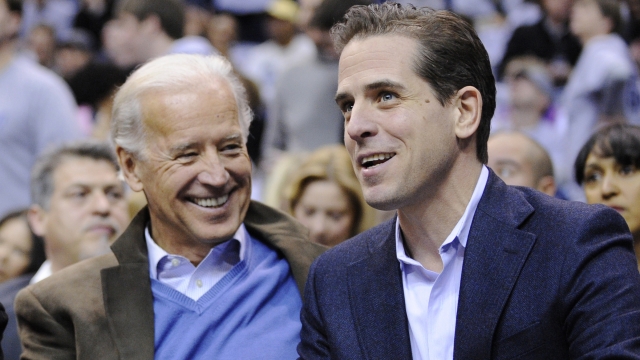 President Biden's son says he did nothing unethical on board of Burisima, is cooperating in federal investigation.

A new book from a figure often talked about, though rarely heard from.... President Joe Biden’s son, Hunter Biden.

Information from a laptop reportedly found in a fix it shop alleged influence peddling in Ukraine that Republicans used against then-candidate Joe Biden.  In a CBS interview, Hunter Biden said the laptop might have been his.

But he denies any improper behavior during his time as an adviser to the Ukrainian energy company Burisma when his father was then vice president and says he's cooperating with a federal investigation into his business dealings.

He also talked with CBS in another interview about his alcohol and crack cocaine addiction and the family intervention at the president’s home in Delaware.

"I tried to go to my car, and my girls literally blocked the door to my car, and said: 'Dad, Dad, please. You can't. No, no.' This was the hardest part of the book to write," he recalled.