Hurricane Florence Could Reach US' East Coast Next Week 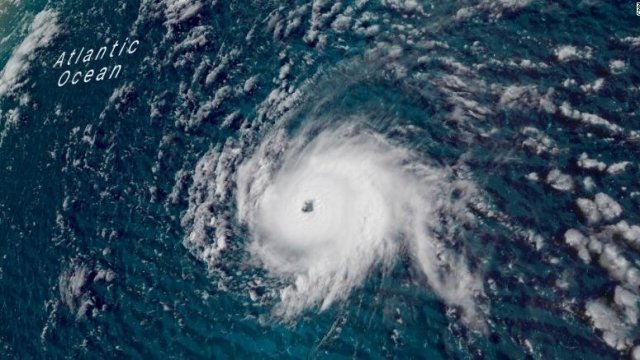 ​It's the first major hurricane of the year.

Hurricane Florence is still growing, and North Carolina's Outer Banks could be in for quite the storm next week.

Florence began as a tropical storm. It achieved hurricane status Tuesday and had built up to a Category 4 storm or higher by Wednesday afternoon.

According to the National Hurricane Center, Florence has maximum sustained winds of 130  mph and is currently moving northwest in the Atlantic Ocean.

Right now, it's more than 1,000 miles away from the nearest land mass and could weaken in the next few days, so Florence may not even reach shore. But recent computer-simulated predictions suggested there's a chance Florence could reach southeastern coasts by late next week.

Florence is the third hurricane of the 2018 Atlantic season and the first major hurricane of the year. It comes on the heels of Tropical Storm Gordon, which made landfall west of the Alabama-Mississippi border Tuesday night and left one person dead.