Irma Incoming: Another Major Hurricane Is Brewing In The Atlantic 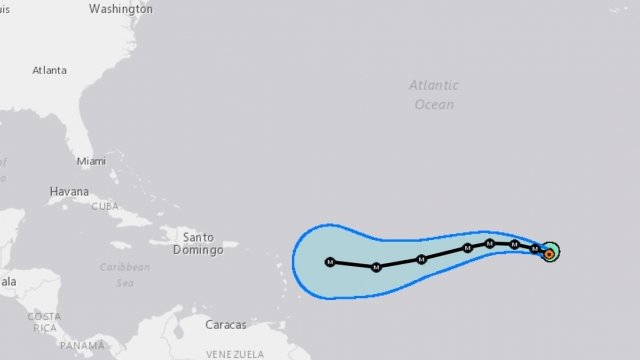 Hurricane Irma is a Category 3 storm, but meteorologists aren't sure if it will actually hit the U.S.

As Houston continues to deal with the damage caused by the strong winds and flooding from Hurricane Harvey, scientists are keeping track of another hurricane in the Atlantic Ocean.

Hurricane Irma has intensified to a Category 3 storm with maximum sustained winds at 115 miles per hour. Meteorologists are worried it could become a Category 4 or 5 hurricane within the next few days.

Irma is still thousands of miles away from the U.S. mainland — if it makes it there at all. A hurricane's path is notoriously difficult to project.

Irma could just spin out in the ocean without making landfall. Some projections have it heading to North Carolina and others say it could impact the Gulf region that's still dealing with Harvey. Forecasters won't have a great idea which is most likely for a few more days.

Scientists are encouraging residents to pay attention to the storm and prepare accordingly in case Irma comes their way.