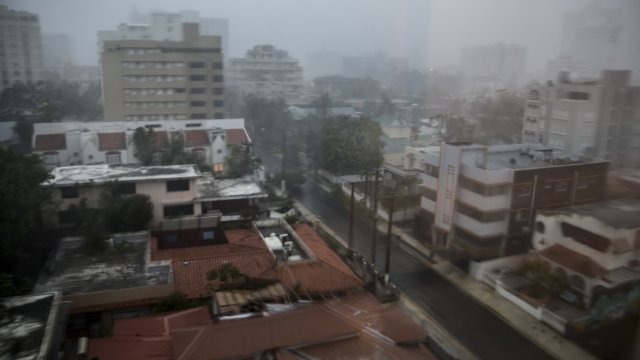 It hit the U.S. territory in the Caribbean with 155 mph maximum sustained winds Wednesday morning.

Hurricane Maria made landfall in Puerto Rico on Wednesday morning.

The Category 4 storm hit the U.S. territory in the Caribbean with 155 mph maximum sustained winds. That wind speed only puts Maria 2 mph under Category 5 status.

Puerto Rico — which is home to about 3.4 million people — has been preparing for Maria. Prior to landfall, the island's governor tweeted that more 11,000 people and almost 600 pets were already staying in emergency shelters.

The Florida Keys Are Reeling From Hurricane Irma Devastation

Many homes along the 120-mile chain of islands are destroyed or are still inaccessible.

Prior to hitting Puerto Rico, the hurricane's outer eyewall sent high winds and rain over the U.S. Virgin Islands — which is still recovering from effects of Hurricane Irma.

Maria first made landfall as a Category 5 storm late Monday on the islands of Dominica and Guadeloupe. Dominica's governor reported "widespread devastation," and officials for both islands have confirmed at least eight people died.

Maria is the first Category 4 storm to directly hit Puerto Rico in about 85 years.