Hurricanes In Ireland Could Be The New Normal 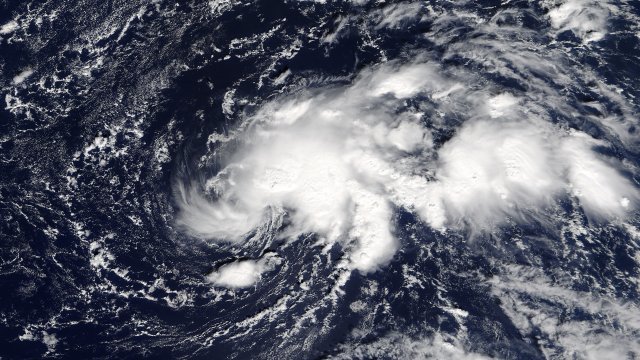 Global warming might make hurricanes in Europe more common in the future.

There's another hurricane brewing out in the Atlantic. But this one — named Ophelia — isn't headed to the U.S. No, this one appears to be headed to Ireland.

It's pretty weird: Only one storm on record has ever made landfall in Ireland as a hurricane — Hurricane Debbie in 1961.

But here's the thing, that might not be that uncommon for much longer. A 2013 study found that global warming could make hurricanes in Western Europe a more regular occurrence.

That's because as the climate changes, the area where hurricanes can develop in the Atlantic is pushed eastward. The farther east the area, the more likely it is that a hurricane could make its way to Western Europe.

Ophelia will likely be a post-tropical storm by the time it reaches Ireland. But those can still do massive damage. In 2006, the remnants of Hurricane Gordon left over 120,000 people without power.