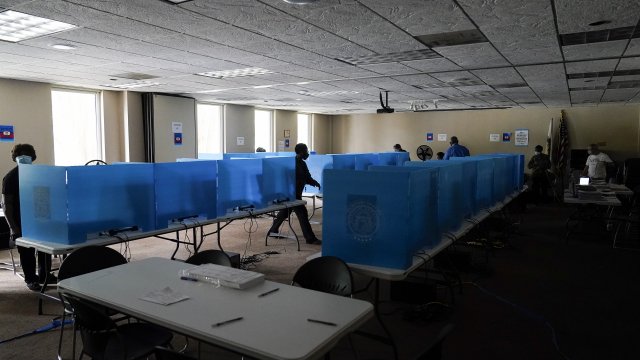 As the last day of early voting gets underway, the aftermath of Hurricane Zeta is creating some problems at the polls.

Power outages caused by Hurricane Zeta could have an impact on early voting in the southeast. Civil rights groups are asking Georgia's governor to extend hours at polling places today. It's the last day for early voting there.

Louisiana's governor said getting power turned back on at polling places is a high priority.

Meanwhile, hundreds of thousands of people are still waking up in the dark, days after Zeta made landfall. At its peak, more than 2 million customers were without power. At least six people have died as a result of the storm. Louisiana's governor said most are related to the cleanup efforts, like carbon monoxide poisoning or electrocution from downed power lines.

Zeta is also the 27th named storm of the Atlantic hurricane season. That's one less than in the record year of 2005.