'I Am Groot': 3 Words Speak Volumes For One Boy 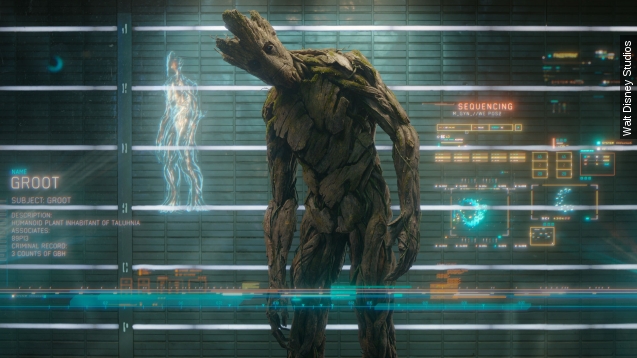 "Guardians of the Galaxy" director James Gunn was touched by the story of a boy who connected to character Groot because of his limited vocabulary.

When "Guardians of the Galaxy" director James Gunn posted a "Guardians" anniversary message on his Facebook, fans obviously started sharing their thoughts on the film.

If you haven't seen "Guardians," Groot is the tree-like character played by Vin Diesel. Groot is also restricted to three words: "I am Groot." So he uses inflection to convey certain emotions.

Dunlap said Sawyer used the word "bah" a lot, "but after he saw the film, he would change the tone in which he said it to convey a different meaning."

Gunn reposted the message on his Facebook page, saying, "I love making movies because of stories like this." The fact that the director even saw Dunlap's message is a testament to how much he cares about his fans.

Gunn's social media posts receive thousands of likes and comments, so it must be a daunting task to read through everything. The anniversary post, in particular, had almost 15,000 likes and more than 1,000 comments at the time this story was written.

Dunlap commented on Gunn's repost, thanking the director for replying to him. Gunn replied, "I have many friends who get a lot of negative messages online - I am very grateful for the huge, vast majority of positive and kind people who follow me here."

Dunlap's story encouraged other fans to share similar stories. One told Gunn her autistic son also connected with Groot. Gunn replied to that comment as well — this time with a row of smiley faces.