ICE Getting A Colder Shoulder This Year From Cities, Counties 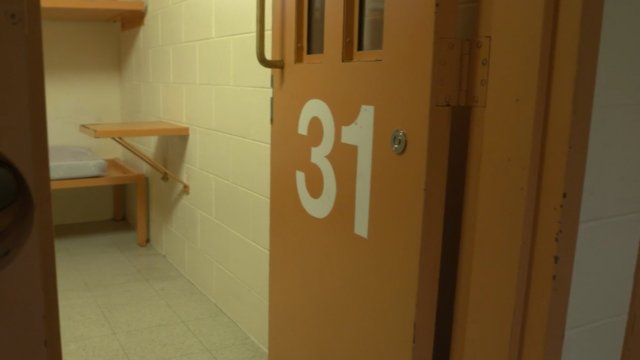 When ICE asks local jails to keep suspected undocumented immigrants detained, the answer is increasingly "no."

BOULDER COUNTY, COLO. — Roberto Gutierrez-Hernandez was booked into the county jail, charged with domestic violence and felony menacing in 2017.

His arrest automatically alerted Immigration and Customs Enforcement, which knew he had entered the country illegally once before and was ordered to leave. ICE sent the Boulder County Sheriff's Office a detainer request, which is a document asking that Gutierrez-Hernandez be held up to 48 hours after his scheduled release so agents could pick him up.

The sheriff's office ignored the detainer request, allowing Gutierrez-Hernandez out of custody after posting bail.

"I don't think the public quite understands what their politicians are doing with regard to putting themselves and their family at risk," ICE acting Director Matthew Albence said.

Working with Syracuse University researchers to analyze ICE data, Newsy found a jump in rejected ICE detainer requests nationwide, from about 4% recorded as refusals to cooperate in 2016 to already more than 9% listed as refusals so far in 2019.

Most jurisdictions still comply with ICE detainer requests, but that's still about 10,000 times this year that local authorities declined to hold someone who had served their time or was free on bail that ICE suspected was in the U.S. illegally.

"It's been a gradual progression with regard to these jurisdictions starting to put politics over public safety," Albence said.

Gutierrez-Hernandez was arrested again in Boulder County less than a year after the ICE detainer request was disregarded. This time he was charged with sexually assaulting a child.

Both Boulder County and the state of Colorado have laws that require ICE to supply a federal warrant with any request to detain someone.

The constitutionality of ICE detainers has been legally murky. While U.S. law says local law enforcement can voluntarily hold suspects for ICE up to 48 hours without a warrant, federal courts have found detainers to be unconstitutional in some cases.

The ICE data show New York City and California, which limit how police respond to ICE, have rejected the most detainer requests.

Other places are swinging toward more cooperation with ICE. Florida just passed a law to require local authorities comply with detainer requests.

"Unfortunately, I think it's the politicization of immigration enforcement," he said.

When asked if the president's immigration focus was at all responsible, Albence said, "I don't think it should be political to say that we should enforce the laws."

"My policies and my outreach to the immigrant community are based on my view of humanity and my obligation and desire to keep my community safe," he said. "I don't think that's politics."

ICE agents eventually tracked down Gutierrez-Hernandez in August after the Boulder County Sheriff's Office ignored a second ICE detainer request following his arrest for allegedly sexually assaulting a child. He remains in federal custody pending the result of immigration proceedings.