If One Team Wins All The Time, Is It Still A Rivalry? 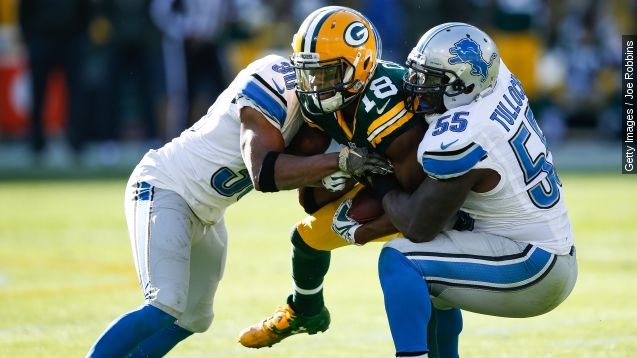 The Lions won in Green Bay this week, but it was a rare victory against the rival Packers. Are lopsided rivalries really rivalries?

On Sunday, the Detroit Lions did what they hadn't done in 24 years: They beat the rival Packers in Green Bay.

But given that decades-long drought, and the fact that Green Bay is 24-7 versus Detroit in the new millennium, is Packers-Lions really a rivalry anymore? (Video via WXYZ)

Alec Baldwin might have a point. There have been many ... let's call them matchups ... that have been pretty one-sided recently.

Take Ohio State-Michigan. It's considered by many to be the king of college football rivalries, but lately, it's been all-OSU. The Buckeyes have won 10 of the last 11 games in the series, and Michigan hasn't won back-to-back games since 2000.

This translates to individual sports as well.

Like Serena Williams and Maria Sharapova. They're two of the top tennis players of the century, but when they've gone head-to-head, Williams has been dominant, winning 17 matches in a row and counting. (Video via JPMorgan Chase & Co.)

And the Lions-Packers series isn't the only rivalry impacted by Green Bay's recent success. Their battles with the Minnesota Vikings have been one-sided recently, with Green Bay only losing one game in their past 11 meetings.

With figures like this, you can understand how some folks might say the term "rivalry" might not be the best way to describe these matchups. But there are other factors in play.

Like how rivalries can be cyclical. The success of a team or athlete can fluctuate over time, but when they're on a losing streak, does that really make it less of a rivalry?

Let's go to the dictionary. Merriam-Webster defines a "rival" as "one of two or more striving to reach or obtain something that only one can possess." So basically anyone playing any game. Ever.

But it also lists "equal" and "peer" as synonyms for "rival," implying the teams or players involved might have to be at least in the same class as one another to be considered rivals.

With even the dictionary providing murky advice about how a rivalry is defined, it's clear the jury's still out on whether series like Lions-Packers are rivalries, though Lions fans are probably just happy their team got the W. (Video via WXYZ)