If You're A Tech Company, You'd Better Have A Self-Driving Car Project 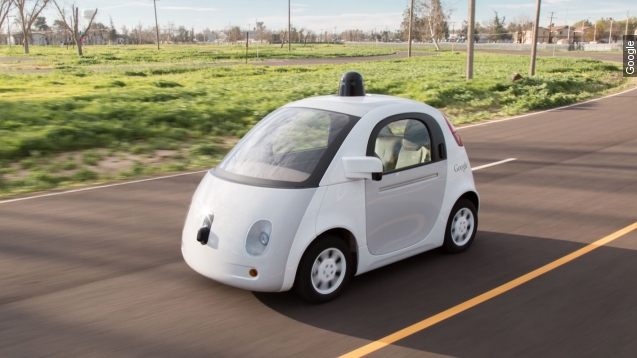 Samsung and Baidu are the latest companies working on self-driving car technology. Apparently it's in season in the tech world.

We had to know this was coming: Samsung is officially joining the growing list of tech companies looking into self-driving car technology. (Video via Samsung)

As it stands, Samsung isn't developing a full-on, self-driving car. Instead, it will focus on the components used in autonomous vehicles. (Video via Tesla)

At this point, it seems almost fashionable to be a tech company experimenting with autonomous and electric vehicles.

Google, rather famously at this point, has been working on a self-driving car for some time. (Video via Google)

We also can't forget the rumors we've been hearing for months that suggest Apple is working on an electric car — though the grapevine suggests the car won't be autonomous. (Video via Apple)

And now a new report from The Wall Street Journal says Chinese Internet search company Baidu is also working on a self-driving vehicle that could be used for public transit.

"We will cooperate with some governments to provide shared vehicles like a shuttle service; it could be a car or van, but for public use," said Baidu executive Wang Jing.

Problem is if all these tech companies are selling vehicles around the same time, it could be a crowded market.

Will Google's friendly cartoon car capture your attention? Or perhaps Samsung's car-controlling smarts will draw you in. Maybe Apple's notoriously fashion-forward design will be worth your cash. And hey, if all else fails, you can just take a self-driving taxi from Baidu. (Videos via Google, Samsung, Apple, Tesla)