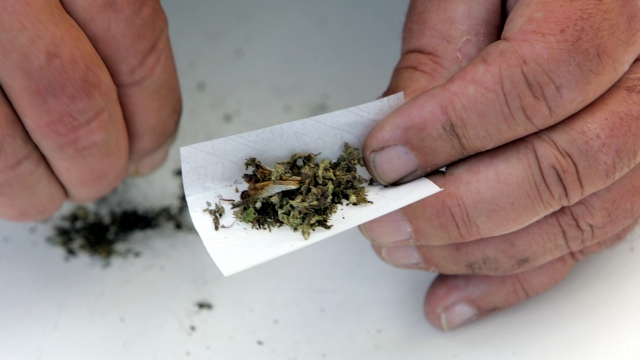 The pardons for low-level marijuana convictions come as the state legalizes marijuana.

The governor of Illinois granted more than 11,000 pardons for low-level marijuana convictions Tuesday and estimates that thousands more are eligible now that marijuana is legal in the state.

"These 11,017 misdemeanor convictions represent individuals who have carried around with them a stain on their records for possessing less than 30 grams of cannabis," Gov. JB Pritzker said. "A stain that has very often prevented them from obtaining housing or jobs or benefits. Today, we lift the burden on the first 11,017 of those people."

As of New Year's Day, adult recreational use of marijuana is legal in Illinois. According to the governor’s office, an additional 116,000 convictions for possession of 30 grams or less of marijuana are eligible for expungement through the governor’s pardoning process.

Under the new law, individuals, civil legal aid organizations and state attorneys can file court petitions to clear convictions for possession of 30 to 500 grams of marijuana.

The state's attorney has already begun to address stand-alone conviction records, according to the governor’s office.