The Imbalanced Structure Of How Influencers Make Money 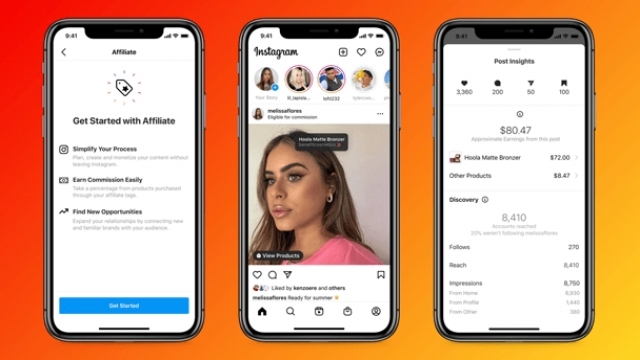 Influencers make money online in various ways, but different platforms have different payout methods, some more "fair" than others.

There are a ton of influencers on social media, and the influencer community has grown a lot in recent years.

Data from Influencer Marketing Hub found that the industry is set to grow to approximately $16.4 billion in 2022, and last year, the global number of influencer marketing-related services — or companies who help creators grow their brand — grew by 26%.

There are a lot of major players here, including social platforms, advertisers, influencers and agencies that manage content creators. As the industry is growing in value, different platforms are working in different ways to compensate influencers fairly for their content.

Influencer agencies say micro-influencers — someone that has between 10,000 and 50,000 followers — can make anywhere from $40,000 to $100,000 a year. Big time celebrity influencers like Charlie D’Amelio, Addison Rae and Bretman Rock make way more.

One way they make money is through brand deals. On platforms like Instagram, a picture of an influencer holding or wearing a product and endorsing it can bring in a decent amount of cash. Someone with 1 million followers may charge brands up to $10,000 per post, according to influencer agency Viral Nation.

Within the last two years, Instagram rolled out new monetization features where creators could make money directly through the app instead of just from brand partnerships. They introduced their affiliate program where creators can share products with their followers and earn a commission from purchases, and they made it easier for creators to sell their own merchandise.

Influencers can also earn money from IGTV ads, but Instagram acknowledges more can be done. By the end of 2022, they plan to invest over $1 billion in programs that give creators new ways to earn money.

They also receive money from the ads that run on their videos. This is because of the YouTube Partner Program. A YouTuber must have 1,000 subscribers and 4,000 public watch hours a year to partake.

Longtime Youtuber Hank Green has several YouTube channels, like Vlog Brothers, Crash Course and Hanks Channel just to name a few. Across all channels, he has over 25 million subscribers. In a recent video, Green gave a little background on why this program was started.

He explained that in 2007, when potential YouTube competitors started popping up and trying to get creators to move to their platforms, YouTube created the partner program where about half of ad revenue goes to YouTube and the other half goes to the creator.

Last year, YouTube made over $28 billion in ad revenue, and half of that went to creators. Green says about a third of a YouTuber’s revenue comes from these ads alone.

TikTok also has a pay structure for creators called the Creator Fund, which YouTubers have called out as being unfair. It’s a pool of money that’s distributed based on a creator's share of the platform's overall views. TikTok says “creators will need at least 100,000 authentic video views in the last 30 days to be eligible to join the Creator Fund.”

While ads on YouTube run on videos, ads on TikTok run between them, so no one creator can claim an ad was seen because of their content. This is why they have to share the money.

TikTok’s U.S. Creator Fund was started in 2020 with $200 million, and they say it’ll grow to over $1 billion in the next three years. But, that’s a static amount of money that doesn’t change if TikTok makes more or less money. As TikTok grows and becomes more successful, the Creator Fund does not. The app’s parent company grew 70% in 2021.

Because that fund is distributed evenly in the community, as more creators join the fund, creators make less money per view. One British tech TikToker, Safwan AhmedMia, said he made just over $150 for 25 million views.