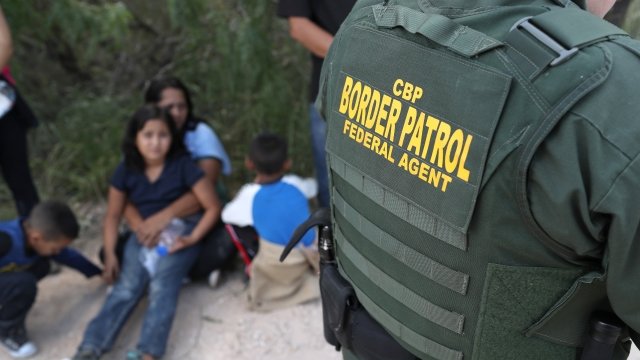 Immigration has become a top issue for voters with just weeks to go before midterm elections. Here's how Democrats and Republicans are responding.

After a summer when family separations at the border dominated national headlines, immigration has surfaced as a top issue for voters down the final stretch of the midterm campaign season.

Democrats are hoping to capitalize on lingering outrage over the Trump administration's zero-tolerance border policy.

"We've seen a real ramping up of intensity around that issue, just as we did early on with the Muslim ban in the beginning of President Trump's administration," said Joel Rubin, a former Democratic congressional candidate and Senate aide. "What this does do is it does mobilize Democratic base organizations to turn out the vote. That's critical because when Democrats come out to vote, when the numbers are legitimately strong, they will win."

Republicans, however, want to downplay the controversial policy and play up their wins on tax reform and a strong economy.

"Certainly immigration, again, depending where you are, is going to be the issue that may be the most important for that particular race," said GOP strategist Brad Blakeman, a former member of President George W. Bush's senior White House staff. "Nationally we know that midterms are settled on the economy. So it would be strange to leave the economy as a secondary issue when the economy is doing so well."

Mollie Tibbetts' Father Says Her Death Is Not A Talking Point

Fifteen percent of registered voters surveyed in a July Reuters/Ipsos poll listed immigration as the No. 1 issue determining how they would cast their votes in the November elections. Fourteen percent said it was the economy.

Twenty-six percent of registered Republicans in the poll said immigration was the most important issue for them at the ballot box, compared to just 7 percent of Democrats.

That could be a challenge for Democrats, who have to defend 10 Senate seats in red states where Trump won, in part, by campaigning on tough border security.

"Republicans are advancing a plan that we hope is going to be effective," Blakeman said. "Democrats are in resistance mode on immigration. They're pretty much against everything. If you're against everything, you stand for nothing."

In recent weeks, Trump and some Republicans have cited the death of Mollie Tibbetts, an Iowa college student who police say was killed by an undocumented immigrant, as a reason to back candidates who embrace hard-line immigration policies.

"The immigration laws are a disgrace. We're getting them changed, but we have to get more Republicans," Trump said at a campaign rally in West Virginia last month.

But Blakeman says focusing on immigration probably isn't a winning strategy for Republicans because historically, midterms have been determined by the economy and public opinion on the current administration.

"If you get too nationalistic you lose people, because voting in midterms is real selfish," he said. "It's, 'Am I doing better? Do I have a job? Can I educate my kids? Can I put food on the table? Am I better off? Does the future look good? Why would I risk switching if I'm happy with the status quo?'"