Exception In Immigration Ban Lets Hundreds Of Refugees Into The US 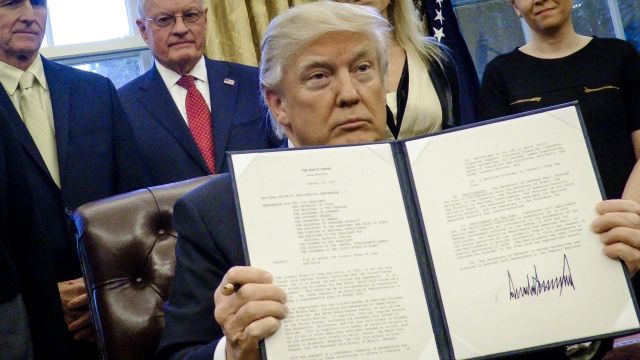 Nearly 900 refugees who were traveling to the U.S. as President Trump signed an immigration ban will still be allowed in.

The Department of Homeland Security will admit 872 refugees into the country this week thanks to an exception in the order.

Middle Eastern countries where Trump has done business weren't included in his refugee and visa ban.

The order says refugees who were already in transit can be admitted into the U.S. if being forced to return would cause them "undue hardship."

The rollout of the executive order was marked by confusion about the rules and widespread outrage. Most recently, acting Attorney General Sally Yates was fired after she refused to enforce the rule.

Federal judges have stayed certain parts of the order that led to permanent residents being detained at airports for hours. Several legal challenges to the order are still pending.