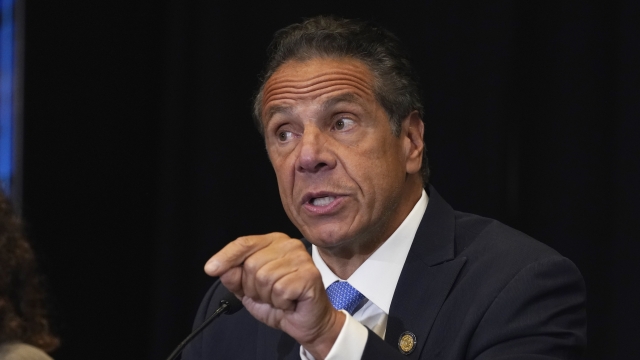 The panel conducting the inquiry gave him until August 13 to submit evidence in his defense.

State lawmakers told Gov. Andrew Cuomo on Thursday that their ongoing impeachment investigation is almost done and gave him a deadline of Aug. 13 to provide additional evidence.

Since March, the Assembly's judiciary committee has been investigating whether there are grounds to impeach the Democratic governor over sexual harassment allegations, misleading the public about COVID-19 outbreaks at nursing homes and using state resources and staff for his $5 million book deal.

The governor says he's innocent and is resisting bipartisan calls to resign, but top Democrats aren't mincing any words.

The nearly five-month investigation was conducted by two outside lawyers who spoke to 179 people.

"Just get the hell out of the way," New York City Mayor Bill de Blasio said. "I mean, in the end, maybe he could close off his career with one act of dignity and decency and just step aside."

In a letter sent Thursday, the law firm leading the investigation reminded Cuomo's legal team that it has subpoenaed certain documents and expects "full compliance from the governor," but that his time to respond is almost up.

The committee has scheduled its next meeting on the matter for Monday.