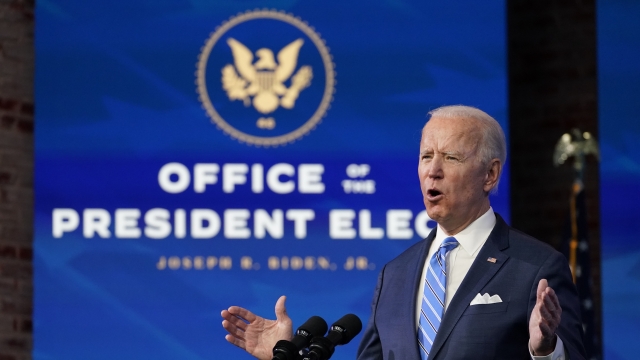 Some of the measures the president-elect seeks to pass have long been priorities for Senate Democrats.

At the Capitol, multiple Democratic Senators have already praised President-elect Joe Biden's $1.9 trillion "America Rescue Plan" — but there's no guarantee it will be able to pass the Senate, where legislation still needs a 60-vote margin to pass.

And with only 50 Democratic Senators, Biden will need 10 Republicans to sign onto his plan.

Some of the priorities the President-elect seeks to pass, including a $15 per hour minimum wage and additional $1,400 relief checks, have long been priorities of Senate Democrats but have largely been blocked by outgoing Senate Majority Leader Mitch McConnell, who, in his six-year stint as the most powerful member of Senate leadership, has maintained control over what legislation reaches the floor for a vote.

But the incoming majority leader, Democratic Sen. Chuck Schumer of New York, will have his say over what reaches the floor beginning Jan. 20, thanks to a pair of Democratic Senate race wins in Georgia.

But Biden's priorities might take a back burner for a while as the Senate prepares to confirm the incoming president's cabinet appointees and take up a second impeachment trial into outgoing President Donald Trump.

When the impeachment trial ends, Biden's relief package could still be an uphill push with Republicans wary of spending more money on COVID relief.