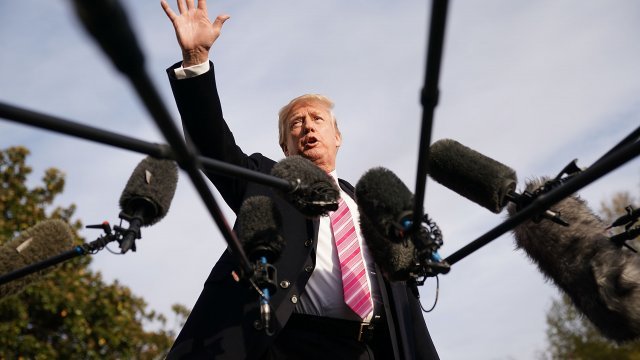 The New York Times published the letter, which is dated Jan. 29. The letter says that Trump, "as the chief law enforcement officer," can't obstruct the Russia investigation and that "he could, if he wished, terminate the inquiry, or even exercise his power to pardon if he so desired."

The Elements Of Obstructing Justice

It almost always boils down to one thing.

In December, Trump's then-personal attorney John Dowd made the same argument to Axios. But, as Newsy pointed out then, presidential immunity might not be so clear-cut. During the investigation of President Richard Nixon, a House judiciary committee ruled that Nixon "obstructed and impeded the administration of justice."

The January letter to Mueller also questions the need for Trump to testify and says "the President is not readily available to be interviewed."

Trump's legal team sent the letter in response to an interview request by Mueller to discuss potential obstruction of justice by Trump.