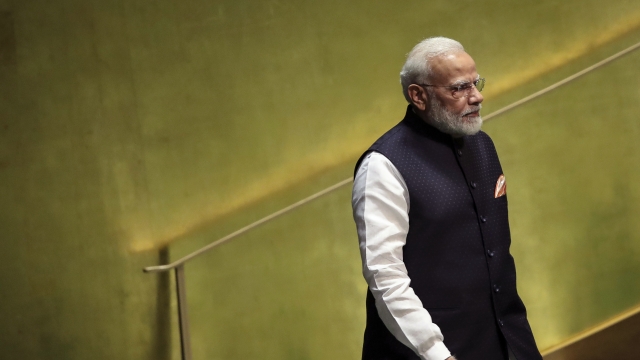 Bill proposed by India's ruling BJP party would grant citizenship to migrants from all of South Asia's religions, except Muslims.

On Tuesday local time, India's lower house of parliament passed a bill to grant citizenship to all religious minorities from neighboring South Asian countries — except Muslims.

The Citizenship Amendment Bill, proposed by India's ruling Bharatiya Janata Party (BJP), would amend a 1955 law by naturalizing "persecuted" minorities. Non-Muslim refugees from Bangladesh, Afghanistan and Pakistan — including Hindus, Sikhs, Buddhists, Jains, Parsis and Christians — would be eligible for citizenship if they can prove they have lived in India for at least six years.

Supporters say the legislation is designed to protect these groups while cracking down on illegal immigration. But critics argue it's part of the BJP's broader Hindu nationalist agenda. Legal experts, opposition parties and activist groups alike say the bill not only violates India's secular constitution, but effectively marginalizes Muslim residents — especially if they cannot immediately provide proof of citizenship.

Muslims account for approximately 15% of India's population of more than 1.3 billion. And critics of the BJP say tension between Hindus and Muslims has increased under Prime Minister Narendra Modi's leadership. In August, nearly 2 million people were excluded from a federal registry of citizens in the northeastern state of Assam — many were reportedly Muslim longtime residents.

One legal expert told Al Jazeera that he questioned the bill's premise. He said: "How can it exclude the Rohingya of Myanmar who are far more persecuted than any other group in the neighborhood. Similarly, how can we exclude Ahmediyas and Shia from Pakistan and Bangladesh and Hazaras from Afghanistan?"

The measure will now be debated in India's upper house of parliament.