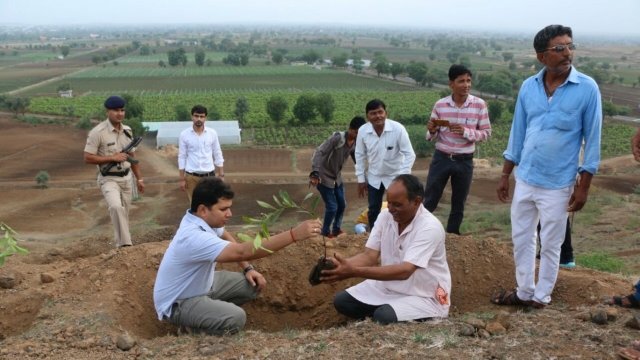 The country might've broken a record it set in 2016.

Volunteers in India claim they've just planted over 66 million trees. If verified, that would break the world record — which the country previously set.

Last year, people in India planted 50 million trees in a single day, the most ever in 24 hours.

Beyond snagging a record, it's a hands-on effort to help the environment.

Saving Trees Could Also Save The World's Last Tigers

A new study shows there's still time to double the world's tiger population by 2022 if we repair and protect their habitat.

Reforestation is part of India's commitment to the Paris climate deal. The country pledged to boost forest cover to 235 million acres by 2030.

There's no official total yet for the cost of this latest project, but India said it would spend around $6 billion on reforestation.

Although the little seedlings have a new home, now the hurdle is helping them survive. Guinness World Records notes in mass plantings about 40 percent of trees end up dying.