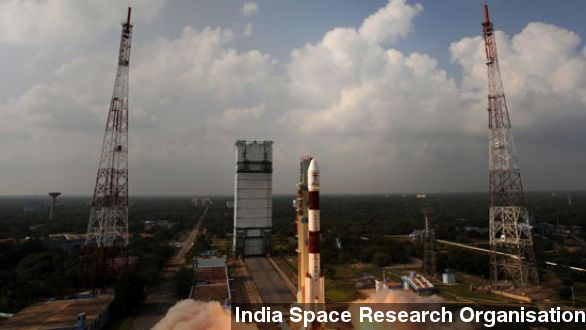 An Indian spacecraft has successfully left Earth's orbit and is now headed for Mars — a critical step in what's being called a major milestone for the country.

The Mars Orbiter Mission first launched November 5 and has since been orbiting Earth. At first, it lacked enough rocket power to get past Earth's atmosphere and gravitational pull. (Via Times of India)

But it's been building up enough velocity to blast out of Earth's orbit.

And it finally did just that Sunday using what's called a slingshot method. The spacecraft's engine fired for 22 minutes, providing enough velocity to launch it into a 10-month journey to the red planet. (Via India Space Research Organisation)

If all goes as planned, India will be only the fourth country to land on Mars, and will join the U.S. in it's efforts to find life on the Red Planet.

But while India successfully overcame this hurdle, NDTV points out there are still many risks. No country has reached Mars on its first try and more than half don't even make it there, like China in 2011 and Japan in 2003.

Also, the project is costing the country an estimated $69 million, begging the question why take the chance, when risks are so high.

As some point out, it's these types of missions that encourage the future of India's space program. The founder of space science company Nanoracks told Forbes...

"Investments in space are essential for India to assure they have a voice in the future of both exploration and utilization of the space environment for domestic needs. It is a small price for the value realized."

The Mars Orbiter Mission is expected to reach Mars by September 2014.