Indiana Bans Abortions Based On Fetus' Race, Sex Or Disability 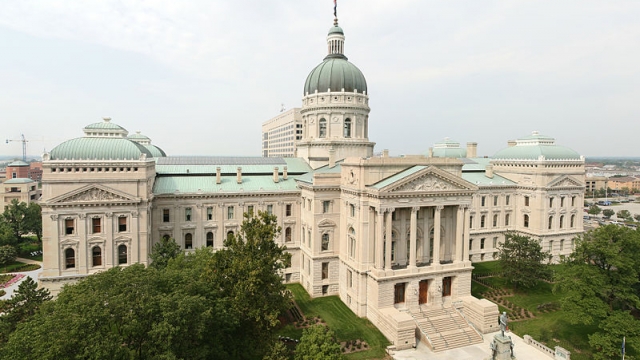 After Indiana Gov. Mike Pence signed the law, opponents said they planned to file a complaint.

A new abortion law in Indiana restricts abortions performed because of the fetus' sex, race or possible disabilities — making it one of the most restrictive in the U.S.

Although pregnant women won't be prosecuted, doctors performing abortions will be held legally liable if they defy new restrictions.

Gov. Mike Pence said in a statement the bill "is a comprehensive pro-life measure that affirms the value of all human life."

Even though the largely Republican house and senate passed the bill swiftly, opponents like Planned Parenthood and American Civil Liberties Union already plan to file a complaint.

The local chapter of Planned Parenthood wrote, "Women are forced to have children, even if they do not have the emotional or financial stability to be parents."

Indiana Right to Life said, "The other measures in the bill are positive steps forward for providing dignity and compassion."

Several other states are currently deciding on controversial abortion laws and funding of clinics offering abortions. The U.S. Supreme Court also plans to rule this summer on a Texas abortion law requiring doctors to have admitting privileges at local hospitals.