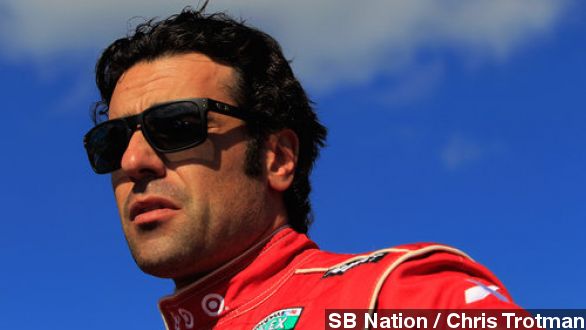 Dario Franchitti, 40, announced his retirement from racing Thursday. He cited doctors' concerns about his long-term health.

The 40-year-old collided with another car, then ran into a fence at the Grand Prix of Houston. (Via KPRC)

"Oh, my goodness, that is a horrifying ride for Dario Franchitti."

"Oh, man. That is an oval crash we've seen before, and we hate to see that kind of impact." (Via NBC Sports)

"Franchitti fractured his spine. He broke his right ankle and suffered a concussion. He underwent two surgeries on his ankle, and he recently returned home to Scotland to recover." (Via  CBC)

Franchitti issued a statement Thursday saying doctors "made it very clear that the risks involved in further racing are too great and could be detrimental to my long term well-being. [He added] I have no choice but to stop." (Via SB Nation)

Franchitti also said he hopes to stay involved in IndyCar racing in some sort of off-track capacity. Meanwhile, the career-ending injury might have a silver lining.

"Franchitti is married to actress Ashley Judd. They had announced they were getting divorced. The accident appears to have drawn them closer together. Divorce talk has apparently been put on hold." (Via WHAS)

In his career, Franchitti won 31 IndyCar and CART races.