'Infinity War' Reaches $1B Worldwide Faster Than Any Film In History 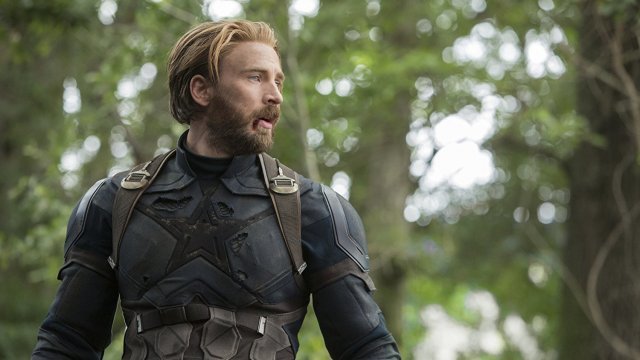 For those of you keeping score, this is Marvel's sixth film to hit a billion dollars and the second MCU film to do so this year.

Holding on to the No. 1 spot this week with a rock solid $100 million lead is "Avengers: Infinity War," bringing in an estimated $112 million in its sophomore weekend. That's about as good a haul as you can ask for with a film that had the best opening of all time.

Along with this fantastic showing during its second week out, "Infinity War" stole another record from a galaxy far, far away.

In 2015, "Star Wars: Episode VII" reached $1 billion in worldwide ticket sales just 12 days after its release, making it the fastest film to reach that milestone.

On Saturday, Marvel's "Infinity War" beat that record by crossing the $1 billion mark just 11 days after its box office release. Either way, Disney holds the title and gets all the money.

Fox Could Sell Sky News To Disney Under New Proposal

"Infinity War" has brought in more than $700 million at the foreign box office, pushing the worldwide total past $1.1 billion. And again, this is all without China, the second largest movie market in the world.

Oh, and for those of you keeping score, this is Marvel's sixth film to hit $1 billion and the second MCU film to do so this year.

The only new film to enter the top three this week is "Overboard," earning about $14.8 million in its first week out. Fortunately, this was a fairly cheap film to make, only costing about $12 million.

This latest film is a remake of the 1987 original, which wasn't groundbreaking by any means. But, people enjoyed it. The problem with the 2018 version, though, is that it doesn't feel like it's for 2018.

How Reboot Culture Has Influenced Hollywood

Movie reboots have recently become a pretty common way to recycle source material. We explore the effect reboot culture has had on Hollywood.

"This feels like an '80s movie. Aside from a couple of jokes here and there, they haven't updated it. This could still take place in the '80s as far as the tone of it and the wacky sitcom comedy," Christy Lemire said on "What the Flick?!"

That said, this rom-com isn't really depending on critics' approval for success, which makes the 30 percent Rotten Tomatoes score less of an issue.

Falling to third place this week and showing incredible staying power is "A Quiet Place," bringing in an estimated $7.6 million in its fifth week out.

As for next week: Melissa McCarthy stars in "Life of the Party."