How Far Will The Infrastructure Bill's $1.2 Trillion Go? 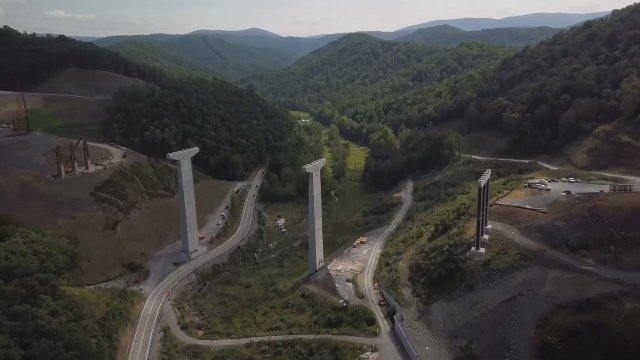 Money for roads, bridges and broadband will help, but more investment will likely be needed.

"A once-in-a-generation investment that's going to create millions of jobs, modernizing our infrastructure, our roads, our bridges, our broadband, all range of things," said President Joe Biden.

The recently passed bipartisan infrastructure bill will invest $1.2 trillion across the country over the next five years. So how far can that money go to help projects that have been neglected for decades?

Roads and bridges are quintessential elements of infrastructure, and the bill provides $110 billion to repair, replace and improve them.

But that $110 billion is only a fraction of the estimated $786 billion backlog of needed repairs, expansions and safety improvements.

Another area getting much less money than needed: replacing lead pipes. For example, experts say it will cost between $45 billion and $65 billion to replace all the nation's lead pipes. But the bill only sets aside $15 billion for that effort.

"There's an additional about $23.5 billion that's divided equally ... earmarked for general water infrastructure stuff, and there's nothing stopping some of that money to also go towards [lead water pipe replacement], which is what the White House has talked about, as well. So it's not just the $15 billion," said Scott Berry, the director of policy and government affairs with the U.S. Water Alliance.

High-speed internet access is a newer infrastructure priority. The bipartisan deal sets aside $65 billion to expand access, also short of the $80 billion the Federal Communications Commission says it would cost to get 100% broadband coverage. And part of the plan is also focused on making the internet affordable.

"Everyone who gets a penny of this money is required to offer a low-cost, affordable plan; provide federal funding for broadband services to low-income families; requiring providers to be transparent about pricing to help families do comparison shopping,” said Commerce Secretary Gina Raimondo.

One area where the bill seems to deliver is on bridges. Over $36 billion will go specifically toward them. And according to The American Road and Transportation Builders Association, that's just shy of the estimated $42 billion needed to fix or replace every bridge rated as "poor" in the country.

And every corner of the country is set to benefit from the wide-ranging improvements that include $17 billion for the nation's ports and waterways; $25 billion for airport terminals, gates and runways; nearly $90 billion for public transit like buses and subways; $66 billion for passenger trains (the largest investment since the creation of Amtrak); and $7.5 billion for a new network of electric vehicle charging stations.

President Biden said Americans will start seeing the real impact of this bill in just two to three months, but turning all this new federal funding into completed projects will take time.

"But I also think it's important to be realistic, and you have to be honest with people, which is to say we want to get this right. You know, it's more important to get it right than to rush. So, I think people will see their state putting together a plan. They'll see us starting to move out on that plan. But, you know, not everybody is going to have broadband a year from now," said Raimondo.