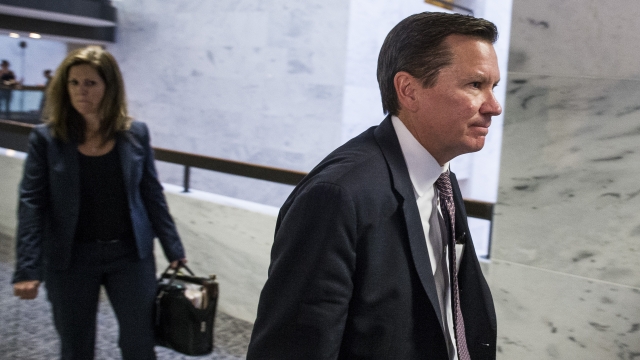 President Trump has incorrectly said the whistleblower only had secondhand information and that the reporting rules recently changed.

President Donald Trump has attacked the whistleblower's story on two different fronts. But the inspector general's office says those complaints are untrue.

The president has said the whistleblower only had secondhand information and that the reporting rules only recently changed to allow complaints that lacked direct knowledge. But in a statement provided to Newsy, Intelligence Community IG Michael Atkinson's office corrected both those misconceptions.

The statement says the rule change confusion stems from an update to the form intelligence community employees use to file an urgent concern complaint. A previous version included background information about the need for firsthand knowledge to determine whether an urgent concern was credible. The IG's office acknowledged that that language could be read incorrectly, and its statement confirmed that employees do not have to have firsthand knowledge to file a complaint.

The IG's office also clarified that the whistleblower complaint centered on President Trump's phone call with Ukrainian President Volodymyr Zelenskyy included both firsthand knowledge and other information. Atkinson's office said it's untrue to say the whistleblower's complaint was "nothing more than second-hand or unsubstantiated assertions."

The public correction debunks claims President Trump and his supporters have used to try to discredit the whistleblower.