Some Americans Are Super Confused About The Status Of Obamacare 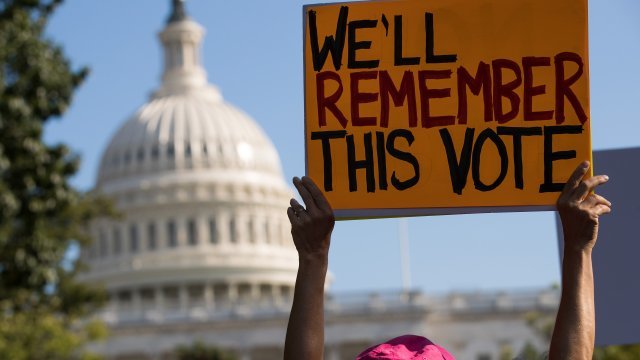 Some Americans really don't know what's going on with Obamacare.

According to a Morning Consult poll of almost 2,000 registered voters, about 24 percent said they thought Obamacare had been partially repealed. Fifteen percent thought it had been fully repealed or repealed and replaced.

To clarify, Obamacare hasn't been repealed or replaced. Attempts to do so have failed — several times.

The most recent attempt died last month when Sen. John McCain said he wouldn't support Republicans' last-ditch effort to pass a repeal bill without the help of Democrats.

Sen. Chuck Schumer told NBC's "Meet the Press" they have more than enough support for the deal.

The general public isn't alone: Insurance companies are also pretty confused over the current and future status of Obamacare.

Here's where the confusion arises. Without those subsidies, insurance companies will either have to drastically raise their premiums or drop out of the marketplace.

That same week, President Donald Trump signed an executive order instructing the secretary of labor to work on expanding access to cheaper Obamacare alternatives, which could, in turn, drive people out of the marketplace.

The enrollment period for Obamacare starts next month. It will probably remain unclear how much of an effect the changes will have until then.