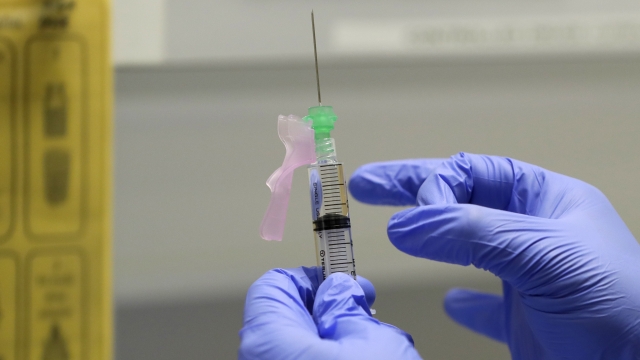 Fewer Americans report interest in receiving a COVID-19 vaccine, compared to late July. This is true for people on both sides of the political aisle.

More than half of Americans would be interested in receiving a COVID-19 vaccine, if approved by the FDA, according to a new Newsy/Ipsos poll. However, this number represents a 13-point drop from late July. Furthermore, while most report being more likely to support increased federal funding for vaccine development, diseases prevention measures, and public health organizations due to the coronavirus pandemic, the American public is more divided on whether they are now more or less likely to support tax increases to aid public health.

1. Fewer Americans report interest in receiving a COVID-19 vaccine, compared to late July. This is true for people on both sides of the political aisle.

• Currently, 56% report they would be interested in getting a coronavirus vaccine that is approved for use by the FDA (34% are not). Less than two months ago, 69% said the same thing.

• Interest has waned among men and women, among all age groups (but especially those under 55), and with both Democrats and Republicans.

• Currently, 64% of Democrats and 55% of Republicans report being very or somewhat interested in an FDA-approved vaccine, compared to 81% and 63%, respectively, in July.

2. The coronavirus pandemic has had a positive impact on support for expanded public health funding and initiatives, but doing so in the form of a direct tax increase remains a tough sell.

• A majority of Americans say the pandemic has made them more likely to support increased federal funding for each of the following: vaccine development/testing (55%), disease prevention measures such as testing and contact tracing (55%), and public health organizations (51%).

• By more than two-to-one, Americans are also more likely to support Medicare for All (48%), rather than less likely (21%), due to the pandemic.

• Around one-third (35%) are more likely to support a tax increase to directly fund public health organizations, while 29% are less likely. Twenty-six percent say the pandemic has made no difference in their level of support. However, more Americans under age 39 (millennials and Gen Z) are in favor of tax increase to fund

3. Regarding the upcoming election, Americans have a great deal of concern around the impact of everything from fake news, to voter fraud, to COVID-19. Compared to late July, slightly more are concerned about mail-in ballot fraud, while fewer are concerned about COVID-19 ’s impact.

• While most Americans are concerned about these items, concerns vary widely by partisan affiliation. Democrats are significantly more likely to be concerned about the impact of COVID-19, foreign interference, and vote suppression. Republicans are more worried about fake news, voter fraud, and mail-in ballot fraud.

• Currently, 72% of Americans are concerned about the coronavirus’ impact on the election, down from 79% in July. Fifty-nine percent are worried about the impact of mail-in voting fraud, compared to 54% then.

4. When asked if the following made them more or less favorable toward President Donald Trump:

• Half (50%) of U.S. adults say they view the president less favorably due to his handling of the pandemic.

• 42% say the release of tapes from Trump's conversations with Bob Woodward made them feel less favorably toward the president.

These are the findings of an Ipsos poll conducted between September 18-22, 2020 on behalf of Newsy. For this survey, a sample of 2,010 adults age 18+ from the continental U.S., Alaska, and Hawaii was interviewed online in English. The poll has a credibility interval of plus or minus 2.5 percentage points for all respondents. For full results, please refer to the following annotated questionnaire at ipsos.com.