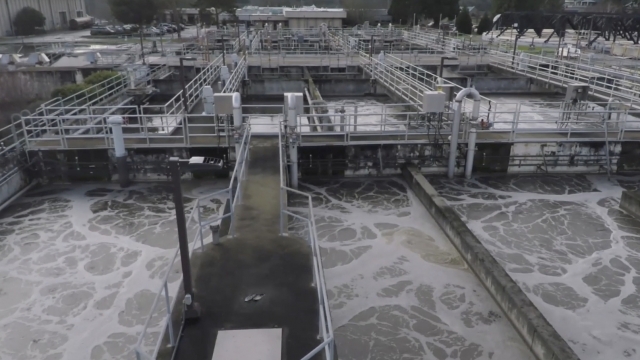 Communities across the country are reconsidering a process they've long avoided.

The process was outrightly dismissed not too long ago, denounced as "toilet-to-tap" water. But now, because of climate change and drought, it's much more palatable.

Wastewater recycling is not new. Sewage water is disinfected with ozone gas or ultraviolet lights and filtered through membranes with microscopic pores to remove solids and contaminants.

It's used in Israel and Singapore, but only a handful of communities in the United States use it for drinking water. Most recycle the sewage water and pump it back into rivers or lakes, and it's used in some places for irrigation.

The group WateReuse projects the number of cities who do use it for drinking water will increase greatly in the next decade.

“It's really important to be able to use our water supply as wisely as possible,” says Jennifer West, Managing Director of WateReuse California. “So it is as we look at climate change, and the impacts of climate change, increasing temperatures going up water supply being more impacted these, this is the supply that will always be there, you know, there's going to be conservation and wastewater flows will decrease a little bit. But in general, we're going to have wastewater flows that we can turn into highly purified recycled water and use it for all these purposes.”

What’s changed? This: a climate change driven mega drought, gripping the western United States for more than two decades with below average rainfall and snow melt.

Add on top of the drought higher demand for water because of population booms.

It got so bad this summer agencies made drastic cuts to the amount of water communities and businesses would receive. And they’ve already said next year could be just as bad.

Los Angeles projects it will recycle 100% of its wastewater by 2035. Reno, Nevada, is planning to pump more than a billion gallons of recycled water a year to an industrial park where Tesla and Google have large employment hubs. And in Virginia, the city of Hampton Roads will recycle 100% of its wastewater to fill aquifers and prevent sea level rise issues.

The recently approved infrastructure bill includes more than $1 billion for a massive water-recycling program in Los Angeles. The city will recycle enough wastewater for half a million homes.

The new realities of climate change impacts on water sources have helped some people move past the yuck factor. After it’s been processed, its crystal-clear drinking water.