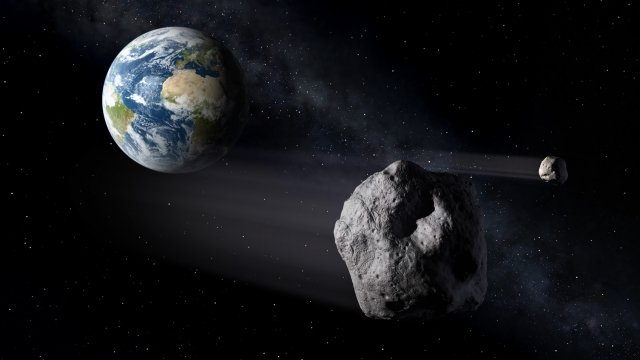 Today, we look back on the progress we've made tracking risky asteroids and forward to the ones we still haven't found yet.

Thinking about how an asteroid could fall on our heads at any time won't help you relax. But the more we know about nearby space rocks, the better we can prepare if they ever do. That's why the United Nations calls June 30 International Asteroid Day.

The date is historic. On June 30, 1908, a meteor exploded over the Tunguska river in Russia and flattened some 800 square miles of trees — the most powerful impact in recorded history.

But there have been worse impacts, and it's just a matter of time until Earth lines up to take a hit from another big rock. Governments across the world say they hope if we can see dangerous asteroids coming, we can launch missions to deflect them.

NASA and other agencies make up the International Asteroid Warning Network, which studies nearby asteroids and reports impact risks to the U.N.

The Asteroids You Should Keep An Eye On This Year

The largest near-Earth asteroids will drift safely beyond the moon. But the smallest will pass much closer — at a lower altitude than some satellites.

So far, scientists estimate our satellites and telescopes have found 90 percent of dangerous asteroids bigger than a kilometer in diameter. Now Congress wants NASA to look smaller and find 90 percent of the rocks larger than 140 meters.

That leaves about 10 percent of big rocks unaccounted for. Organizers say this year's Asteroid Day is a celebration of our progress — and a reminder there's more work to do.