International Criminal Court Is Looking Into Duterte's 'War On Drugs' 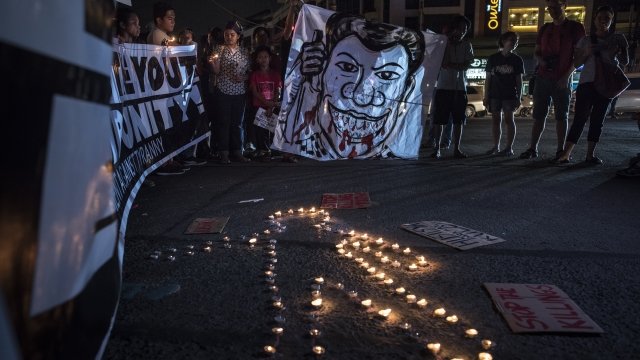 The ICC announced the launch of a preliminary inquiry on Thursday. The court will examine alleged crimes suspected of being committed in the context of the government's deadly "war on drugs."

Specifically, the ICC is concerned with allegations of up to thousands of extra-judicial killings committed under the guise of police anti-drug operations.

Philippine President Rodrigo Duterte has flip-flopped on the issue since his presidential campaign.

The court is also looking into Venezuela and its government's alleged use of excessive force in shutting down political demonstrations.

It's unclear how long the preliminary examinations will last and if full investigations will be launched.