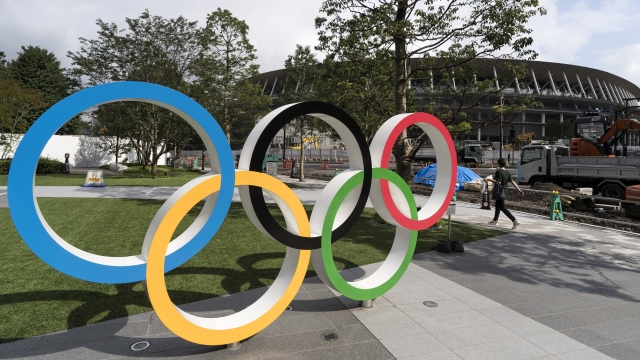 The IOC's new guidelines say "demonstration or political, religious or racial propaganda" is not permitted in any Olympic sites or venues.

The International Olympic Committee says athletes cannot protest on the field or the podium at the upcoming Summer Games in Tokyo.

New Olympic guidelines state that "no kind of demonstration or political, religious or racial propaganda is permitted in any Olympic sites, venues or other areas." This includes "gestures of a political nature, like a hand gesture or kneeling." These rules apply to trainers, coaches and officials as well.

The guidelines state that athletes will be allowed to express their views during press conferences, interviews, team meetings and on digital or traditional media or other platforms.

In explaining the reasoning behind these new guidelines, the committee wrote, "We believe that the example we set by competing with the world’s best while living in harmony in the Olympic Village is a uniquely positive message to send to an increasingly divided world. This is why it is important, on both a personal and a global level, that we keep the venues, the Olympic Village and the podium neutral and free from any form of political, religious or ethnic demonstrations."

U.S. hammer thrower Gwen Berry disagreed with guidelines, saying, "We shouldn't be silenced. It definitely is a form of control." She added, "We should be able to say whatever we want to say, do whatever we have to do — for our brand, our culture, the people who support us, the countries that support us."

The committee said anyone who violates the guidelines will be investigated and disciplinary action will be considered on a case-by-cases basis.