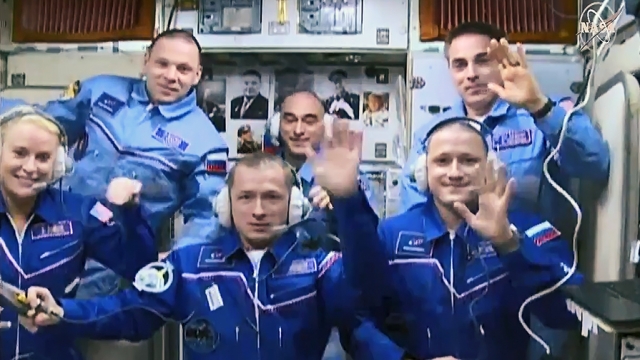 They lifted off Wednesday morning and reached the Space Station in just over three hours.

There are a few more people on board the International Space Station. A NASA astronaut was welcomed aboard along with two counterparts from Russia.

They lifted off Wednesday morning and reached the Space Station in just over three hours. This was the first time a so-called fast-track maneuver was used. It involved something called a two-orbit approach. It usually takes twice as long to reach the space station.

Three people are already on the station, including the American commander, are planning to return to Earth in a week.