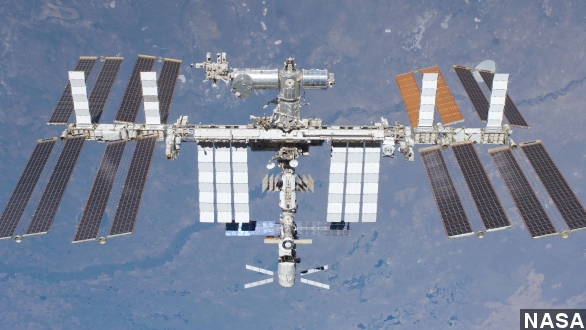 NASA says the crew aboard is safe but might need to attempt a spacewalk to repair the cooling system.

Coolant problems on your average automobile: not a big deal. But you can't exactly dial up Pep Boys when NASA identifies a coolant problem on a 1 million-pound space station orbiting around Earth.

"Earlier today, one of the two cooling systems on the space stations stopped working. Engineers believe there is a problem with a flow control valve." (Via NBC)

A NASA spokesperson said the valve in a cooling loop carrying ammonia failed. Officials suggest too much ammonia might've made the loop shut down. (Via USA Today)

In response, NASA and the six crewmembers aboard the International Space Station turned off all nonessential equipment and rerouted power to the second pump. The problem has been described as urgent, but CNN reports none of the six men aboard are in danger.

"The life support system is working fine. Science experiments are working fine. ... They're still troubleshooting the problem but it certainly could mean, at some point, they might have to do an emergency spacewalk." (Via CNN)

A spacewalk depends on whether the crew can fix the problem from the inside. If they have to take a stroll outside the ISS, it'll be the first time in months with the last trip being less-than-perfect.

The Los Angeles Times points out an Italian astronaut came close to drowning in space back in July when his helmet began filling with water. Luckily, he was able to find his way back to the station door before it was too late. U.S. spacewalks were temporarily suspended after the incident.

It's unknown how quickly NASA and the ISS crewmembers can fix the cooling valve, but NBC adds the current maintenance issue classifies as a "Big 14" repair operation. Those operations relate to the electrical power system and generally take two weeks to plan.