Often Overlooked, The Introvert Has Unique Potential To Lead 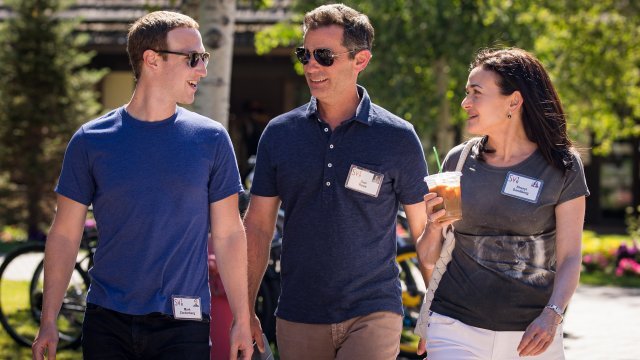 You never see a job ad seeking an introvert.

No, they go for extroverts, the kind of people who walk into a room and own it, who hit the floor running and let everybody know it.

The typical ad would overlook a few introverts you know: Albert Einstein, who is quoted as saying, "The monotony and solitude of a quiet life stimulates the creative mind." Marissa Mayer, former Yahoo! CEO, called herself "geeky and shy." And Facebook COO Sheryl Sandberg described her boss Mark Zuckerberg as "shy and introverted, and he often does not seem very warm to people who don't know him." These are mega-successful people who seem to feel they chronically come up short in the corporate personality pageant. But why?

Psychiatrist Carl Jung came up with the terms introvert and extrovert in the 1920s. He said introverts get energy from being alone, while extroverts get it from their surroundings and relationships. Then there's a middle ground: ambiverts.

There are some differences in the way introverts and extroverts are wired. Dopamine is an example. It's the chemical that makes us feel good when we receive positive stimulation. Extroverts need a lot of stimulation to feel the dopamine effect; introverts just need a little.

Research shows that introverts are:

Problem solvers: They use the frontal cortex of their brain, which means they are strong at "taking in data, integrating it with stored information, and generating higher-order solutions and responses."

Well prepared: That's because they tend to take longer to think through things than extroverts do.

Strong writers: They are naturally comfortable expressing themselves on paper.

Unique leaders: They tend to have a calming presence, do not dominate conversations, and are good at pulling together information.

A few more notable traits of introverts, according to research: Observant, good listeners and self-motivated. Oh, and introverts are good friends. Extroverts, of course, also can have all of these traits, but they're commonly overlooked in introverts.

Susan Cain, author of the much-quoted book "Quiet," sums it up this way: "Introverts are to extroverts what American women were to men in the 1950s — second-class citizens with gigantic amounts of untapped talent."

Maybe it's time to reword those job ads. A quiet, strategic thinker is an awfully powerful asset — even if they're not turning cartwheels in team meetings.