Investigation Finds Pompeo Did Not Break The Law For Arms Sale 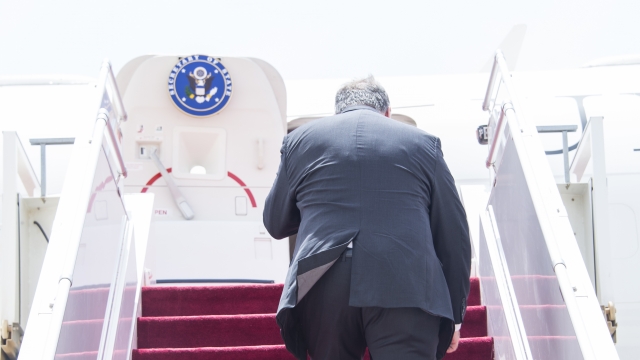 A State Department investigation said the $8.1 billion sale was within his power.

A State Department investigation found Secretary Mike Pompeo did not break the law last year when he used a national emergency designation to sell arms to Gulf Arab countries, including Saudi Arabia.

The State Department says an inspector general report confirmed "the department acted in complete accordance of the law" under the "emergency authorities that are available under the Arms Export Control Act." The department also said Pompeo's sale of $8.1 billion worth of arms was "well within the realm" of his authority.

The investigation was originally handled by former Inspector General Steve Linick. President Donald Trump ousted him back in May. His successor, Stephen Akard, resigned last week after recusing himself from this investigation into Pompeo.