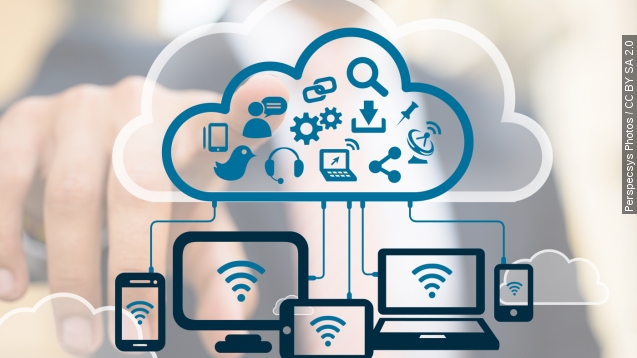 Amazon, Microsoft and Google made smart investments when they got into the cloud, and it's starting to pay off.

The future of computing is in the cloud, and right now the top three companies benefiting are names we're all familiar with: Amazon, Google and Microsoft.

Each of these tech giants invested a lot of money into the infrastructure necessary to make its cloud business boom. Last week, each company's earnings report showed that the investments paid off in terms of money and marketshare.

Microsoft has also snagged a ton of enterprise cloud users. Revenue in the company's Intelligent Cloud segment, which tracks some of Microsoft's business products, was $5.9 billion. (Video via Microsoft)

But the company can also thank all those Office and One Drive users out there for its cloud gains.

"There are now more that 18 million consumer Office 365 subscribers. ... More than half a billion people manage their documents and photos in One Drive. ... Of note: Commercial Office 365 monthly active users grew to 60 million," CEO Satya Nadella said on the company's earnings call.

Google’s not exactly pushing its cloud power at corporate clients to the extent the other two are, but it's using the same infrastructure to boost its mobile search, which was the MVP in the latest earnings report. (Video via Google)

As The Wall Street Journal puts it, “Investment in its network backbone is crucial to its core advertising business.”

Because Google already has the cloud infrastructure built, it could become a driver of what Nadella calls the “enterprise cloud platform” if it ever chooses to. Which would make sense because even Bloomberg says, "There's no end in sight for this [cloud] trend."