IOC Gives Itself 4-Week Deadline To Decide On Tokyo Games 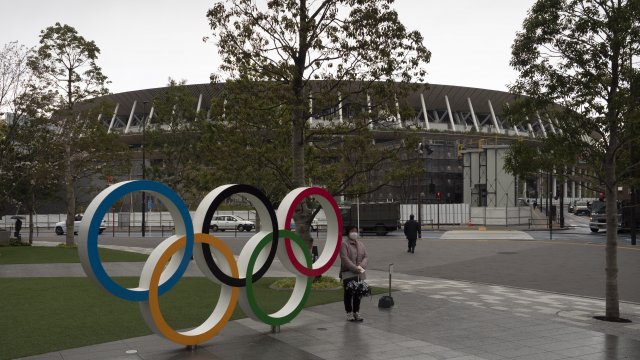 The committee said it's ruled out canceling the Games altogether, but it could postpone them or scale them down.

The International Olympic Committee is giving itself up to four weeks to decide whether it will postpone the 2020 Games in Tokyo.

There have been numerous calls in recent weeks for organizers to postpone the Olympics because of the growing coronavirus pandemic.

Up until now, the committee has been dragging its feet, saying it's too early to make any kind of decision. But with a "dramatic increase in new [coronavirus] cases," the IOC said Sunday it's now decided to speed up it's scenario-planning.

The committee said it's ruled out canceling the Games altogether, but it could postpone them or scale them down.

If the IOC ultimately goes ahead with that second option, both Canada and Australia have already announced they won't be sending any athletes to compete in the 2020 Games.