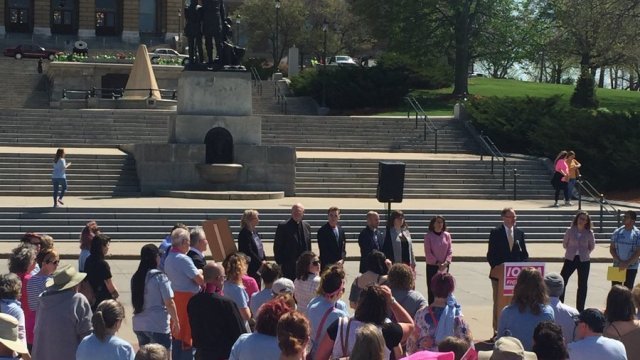 Iowa's governor signed a bill that bans abortions when there's a fetal heartbeat, but it will likely be challenged in court.

Iowa's governor signed a bill that is now considered the most restrictive abortion law in the country.

The so-called "Heartbeat Bill" prohibits abortions in Iowa when a fetal heartbeat is detected, which is about six weeks into pregnancy. The bill does have exemptions for cases involving rape and incest.

Gov. Kim Reynolds signed the bill knowing it would likely face legal challenges. The ACLU of Iowa and Planned Parenthood of The Heartland say they intend to take the ban to court.

State Republicans have said such a case could go to the Supreme Court. The lawmakers believe the case would provide an opportunity for the conservative-leaning court to overturn Roe v. Wade.