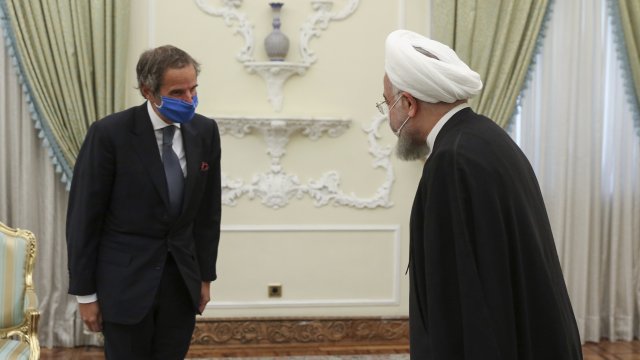 AP / Office of the Iranian Presidency

The International Atomic Energy Agency said Wednesday Iran is voluntarily allowing access to the sites — which were allegedly used to store or use undeclared nuclear material. It's unclear exactly when the inspections will happen.

The head of Iran's nuclear agency said the inspections will bring the months-long case between the two sides to an end. But experts say this likely won't be the final chapter in the investigation.