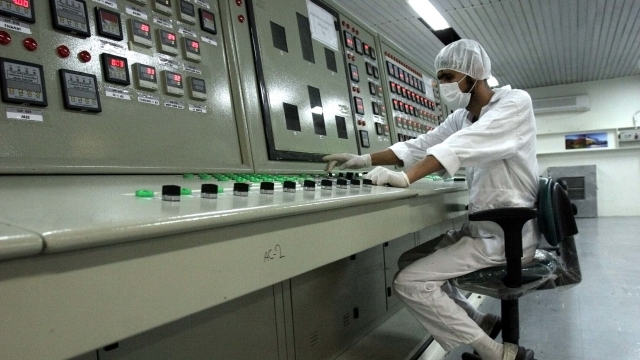 Iran wants the U.S. to remove all sanctions, acknowledge responsibility for withdrawing from the deal and guarantee it won't abandon the deal again.

Iran set three conditions Monday for the return of the United States to the nuclear deal, ahead of the long-awaited resumption of nuclear talks later this month.

Iran's Foreign Ministry spokesman, Saeed Khatibzadeh, stressed at his weekly briefing that the U.S. must acknowledge its culpability for pulling out of the nuclear deal.

He said Iran expected the U.S. to remove all sanctions against Iran and guarantee that nobody in the future would be able to abandon the agreement.

After the U.S. withdrew from the deal in 2018 and restored sanctions on Iran, the Islamic Republic gradually, and publicly, abandoned the deal's limits on its nuclear development.

Iran says its stockpile of 20% enriched uranium has reached over 463 pounds, the latest defiant move ahead of upcoming nuclear talks with the West.

Under 2015's historic nuclear deal, Iran was prohibited from enriching uranium above 3.67%.

After months of delays, the European Union, Iran and the U.S. announced last week that indirect talks to resuscitate the deal would resume Nov. 29 in Vienna.

The International Atomic Energy Agency has been unable to access surveillance footage of Iranian nuclear sites or online enrichment monitors and electronic seals since February.

Physical inspections of Iran's nuclear facilities have also been problematic even as Tehran has continued to develop new centrifuges and enrich uranium up to purity levels closer to what's required for an atomic weapon.

Western nations fear Iran could be developing the skills and know-how to build an atomic bomb, though Tehran denies any such ambitions.