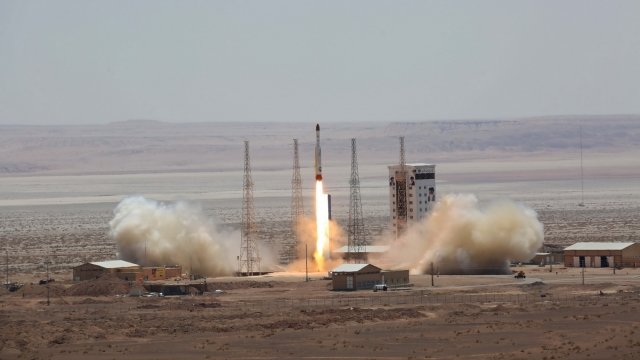 The launch doesn't violate the 2015 nuclear deal, but a U.S. State Department spokeswoman says the launch does violate a U.N. resolution.

Iranian state media says the country has successfully launched a rocket into space.

Iran has been slowly building its space program since 2003. The rocket launched Thursday is reportedly capable of carrying a satellite into orbit.

The move is concerning to some. A U.S. National Air and Space Intelligence Center report warns the space program could just be a test bed for intercontinental ballistic missile technologies.

According to the United States Institute of Peace, the two programs do run on similar technology.

While the space program doesn't violate the 2015 nuclear deal made between the U.S. and Iran, some feel it violates the spirit of the deal.

That deal prevents Iran from creating atomic weapons-grade plutonium and uranium. In exchange, oil and financial sanctions would be lifted.

This launch comes two days after the U.S. House of Representatives voted to approve new sanctions against Iran. The New York Times reports this launch was in response to that vote.