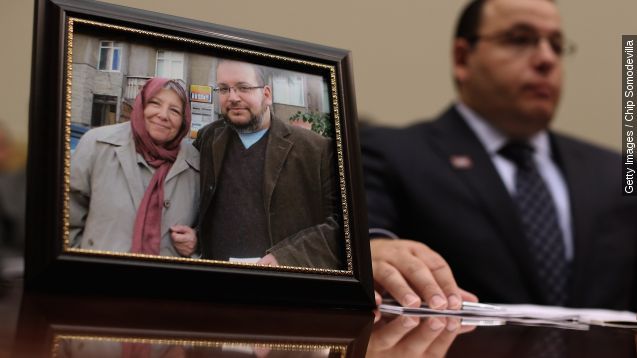 Rezaian and three U.S.-Iranian prisoners will reportedly be released in exchange for seven Iranian-Americans held by the U.S., Iranian media reported.

In exchange for the release of Rezaian and three other U.S.-Iranian prisoners, Iranian media initially reported the U.S. would release six Iranian-Americans imprisoned on sanctions-related charges. That number was later updated to seven U.S. prisoners. (Video via CNN)

Rezaian was arrested in Iran in 2014 and was eventually charged with espionage and other acts. The Washington Post denied the accusations.

The prisoner swap comes the same day Iran is expected to receive sanctions relief as part of the deal limiting its nuclear program. (Video via European Commission)