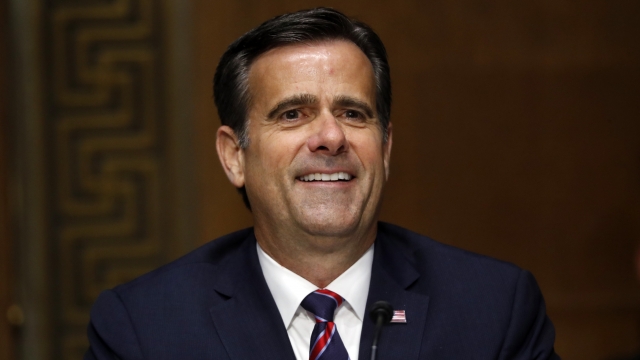 "We would like to alert the public that we have identified that two foreign actors, Iran and Russia, have taken specific actions to influence public opinion relating to our elections," said John Ratcliffe, Director of National Intelligence.

Director of National Intelligence, John Ratcliffe, said in a news conference late Wednesday, that Iran and Russia have obtained voter registration information. He said the agency has already seen Iran send spoofed emails designed at intimidating voters. Intelligence officials say the U.S. will not tolerate foreign interference and voters should be confident their vote will count.

"We've been working for years as a community to build resilience in our election infrastructure, and today that infrastructure remains resilient," said FBI Director Christopher Wray. "You should be confident that your vote counts. Early unverified claims to the contrary should be viewed with a healthy dose of skepticism."

Wray said his agency will take aggressive action against adversaries and that the intelligence community remains committed to protecting American elections.

They said foreign actors seek to sow chaos and undermine confidence in elections.

They cautioned everyone, including the media, to be careful about believing or spreading unverified claims related to votes and voting.